Hey all... Been a long time. Been a lot of same old same old, but been a lot happening as well. One big thing is that one of my friends and colleague at work is retiring in September after 34 years of dedicated service. Of course, I wish him all the best and am incredibly jealous of him, but exactly what impact it will have on the rest of us left behind remains uncertain... Après moi, la déluge and all that... Heady and eventful days at work, I must say...

In other news, our good friend Mary passed her Grade 10 music exam, for which he has been preparing for many months now. Congrats Mary on a job well done! Shaun must be especially pleased that you passed! I know I was when Brad did! ;)

And, this very day, my sister arrives in The Kingdom to begin a new phase of her life with her husband, who is now working in Saudi Arabia. It will be a huge culture shock for her, but hopefully she'll manage and adjust. She'll now not be able to drink any alcohol at all and will have to dress in an abbaya whenever she goes out in public. The abbaya is a long black hooded covering that all women in Saudi must wear in public. At least they don't have to cover their faces. And she'll have to be accompanied by her husband whenever she goes out as well... I donno... Brad gives her 2 weeks, but I think she might last a couple of months!

Other than that, we've been watching a lot of the World Cup from South Africa. There have been a lot of great games and most of the teams I am cheering for have gone through, except alas for my beloved Italia!

Kaiser continues to be about the same. Still throwing up, but perhaps not as much as before, but he's still kind of weak and tottery. We've been cooking him everything from liver to chicken in an effort to stimulate his appetite. 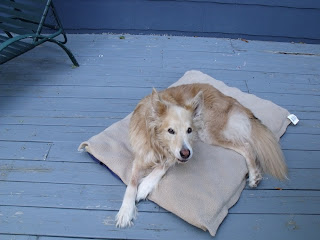 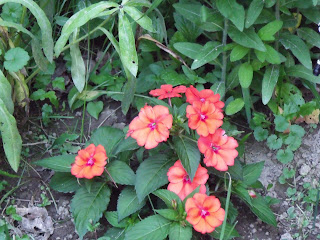 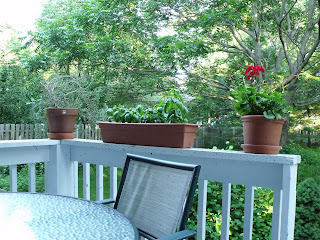 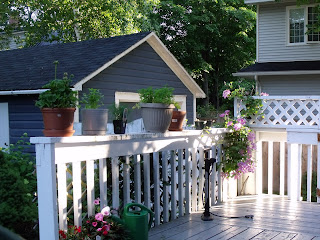 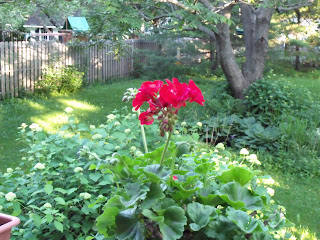 My raspberry patch - look at all those berries! 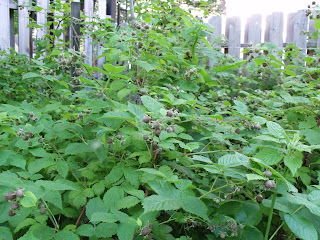 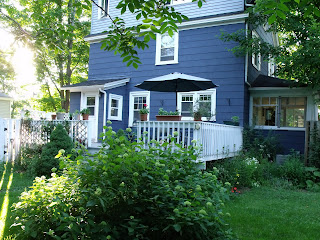 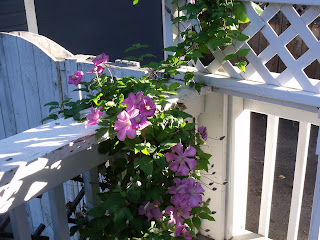 Hey all! All 5 of you who are left! It's been a very wet and rainy weekend here in eastern Canada. It poured buckets for most of the day yesterday and is raining again this afternoon and tonight. We had a lot of rain last week as well, so enough already!

My sister was here last week for a few days. She's on a whirlwind visiting tour before returning to Edmunton and then flying off to Saudi Arabia. Her husband landed a job there a while ago and he's already in the country. She's a bit worried about moving so far away from everyone, wearing an abaya whenever she's out and about, encountering new food and lifestyle, not being able to drink - at all - and so on. I don't blame her, really. I think I'd be worried too! Hopefully, I'll get to visit her over there at some point, either in Saudi or another country close by (where you can drink!)

We also had some very bad news about Kaiser last week. He's 13 now and had been throwing up on an almost daily basis, so we had bloodwork done, which came back basically normal, and then an x-ray, which also didn't reveal too much, and finally an ultrasound last Tuesday, which showed that one of his kidneys has shrivelled up to almost nothing and the other one is smaller than normal as well. The ultrasound also showed a large growth (tumor) in his stomach, which is inoperable because of its location, and his heart rate is also very high (it was 300 bpm before they gave him the sedative prior to the ultrasuond)... So his appetite has decreased dramatically and he's completely off his dog food. He's getting by now on BBQ chicken, hotdogs, cheese, Chinese fried rice, and lots of other human food. It's hard to say how long he will last or which of his ailments will do him in. For now, we're just trying to make him comfortable and taking things one day at a time.

Brad's sister and brother-in-law from Ontario are coming down this week for a family wedding (Brad's neice). This is the sis and bro-in-law that we will be going to France with in the fall, so hopefully we'll a planning session in as well. September will be here before you know it!

I've spent most of the afternoon in the kitchen baking and cooking. I made a lemon balm cake and lemon balm custard to accompany it. It's an old-fashioned kind of cake and custard that I haven't made in a long time - mostly because I somehow lost the recipe. But yesterday, Brad got on the Internets and found the recipe online at the bottom of the page here. I am enternally grateful! We have a lot of lemon balm in our back yard and I've been wanting to make this cake and custard again for a long time. I also made a new recipe for shrimp cakes that I picked up from here - the mixture is chilling in the fridge right now. Hope it turns out. In fact, I'll take some pics and post them below.

Take care, my friends, and be well. 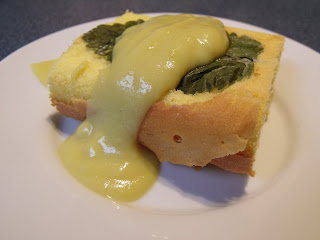 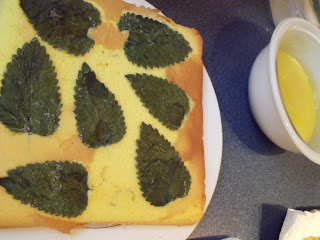 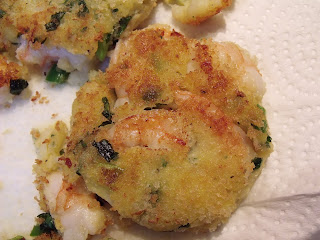