Weighing in and catching up...

Hey guys! Hope everyone is enjoying their summer! Things have been busy on this end, as usual. We went to Nova Scotia last weekend for the wedding of one of my nephews. I took Wednesday, Thursday and Friday off, and the following Monday was a holiday. We left here around noon on Thursday and arrived in the beautiful Town of Chester around 4:30 or so. It rained a lot on the drive down, but by the time we got there, the sun was peeking out. We checked in where we were staying and then went directly to my sister's cottage for the rehersal party dinner. They had rented a beautiful modern ocean-front cottage about 20 minuites away. It was great to see everyone, including my brother-in-law, who had arrived home from Saudi Arabia a bit before. My sister's three sons and their girlfriends (wife-to-be) were also there. We had a great meal with lots of wine and laughs. The marriage ceremony was the next day and it was a beautiful outdoor affair on the coastal property of my nephew's new in-laws. What a place! The property is now owned by some 8 or 9 siblings, but it is stunning and worth a very pretty penny. The wedding went off without a hitch and there was a barbecue and dance afterwards, complete with an amazing fireworks display over the ocean (and hoards of mosquitoes, too, unfortunatey).

After checking out the next morning, we made our way back to my sister's cottage where we hung out for a couple of hours before driving into Halifax where we would spend the next two nights. We hadn't been to Nova Scotia's capital for at least seven or eight years, and it was sparkling when we arrived. We checking in at our downtown hotel and then walked down to the waterfront. The city has made significant investments in developing it's waterfront area in recent years and it has certainly paid off. It's spotless and tidy with numerous very nice spots to grab a beer or have a bite. There was a busker festival going on also, which drew lots of people from far and wide. That evening Brad and I dined at Morris East, a great Italian/pizza resto on - where else? - Morris Street (very close to where our good friend Maurice used to live many years ago, in fact). I started with the Caesar salad and had a pizza Magharita for my main. Brad had the roasted vegetable pizza. Everything was yummy and delish! We'll definitely go back on our next visit.

The next day, which started off bright and beautiful, we went to the fairly new farmer's market down on the waterfront. It's a nice spot, but I think I prefer the character of the old market, which apparently still operates on Saturday mornings. I bought three huge heads of organic garlic (one of which I roasted last night to have with dinner - yum!). I also picked up some argan oil (both the edible and the cosmetic varieties) and some argan soap. Really good stuff! The edible oil is delish, somewhat akin to a hazelnut oil. Brad went for a run afterwards, and I took a stroll back along the waterfront. We then stopped at a Sobey's and picked up some sandwiches & water and drove out to Crystal Crescent Beach, which is about 45 minutes outside of Halifax. A fog bank had rolled in by this point, but we decided to go in any case. There is a nude beach there (quite a ways away from the main beach) and if you walk even farther, there is a gay nude beach, so to speak. So we trudged our way out there in the fog and 100% humidity (about a 40 minute trek each way). Once there, we doffed our (now soaking) clothes and had our lunch al fresco. We stayed for about an hour and a half and then made the long walk back. It was very good exercise, however, and no doubt helped me burn off some of the many calories had consumed in the copius amount of food and drink I had enjoyed over the past few days!

That evening, my sister and her tribe (husband, 2 sons, and their partners) joined us for dinner at The Wooden Monkey, which was at a stone's throw distance from our hotel. I started off with the Tangy Fish Cakes, and had the pork tenderloin as a main. Once sgain, everything was very tasty, the service was great, and best of all, my brother-in-law picked up the tab for everyone! We had a fairly early evening, got up quite early the next day, and we back home by 1:00 p.m.on Monday. Brad's neice had house-sitted for us, so the dogs didn't have to go to a kennel. They were very glad to see us back, though, and to resume their normal routine.

Weight-wise, all is good. After my last report, I was up another .5 lb., but the week after that, I was down 4.2 lb. (I biked and biked and biked in order to have some wiggle room for the vacation ahead!). This past week, I was up 1.3 lb., which was not too bad - all things considered. I am still very close to a pound under my goal weight of 157. I now have just 2 more weeks of maintenance, and if on August 22, I weigh in plus or minus two pounds of my goal weight, I will become a lifetime member of Weight Watchers! After that, I will no longer had to pay for anything. You simply have to weigh-in once a month (and be plus or minus 2 lb. of your goal weight), and the e-tools and everything else is free. It's a great program, and it definitely worked for me. I'm down almost 32 pounds in just 23 weeks!

Other than that, for those of you who don't already know it, Brad has decided to finish the A.T. this year! He leaves at the end of the month for 3 more weeks of hiking. Yes, I'm a saint (not really) and he owes me big time, but we have already come to terms on that score - more on that later! :)

As promised, here are a few random pics from his earlier hike this year and from our lovely day in Gagetown chez Don and Mar. 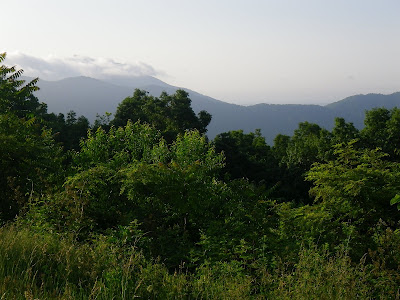 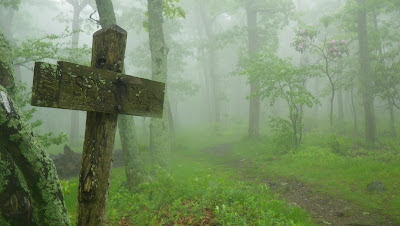 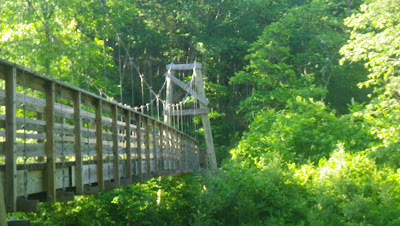 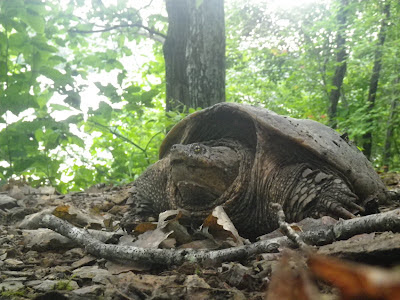 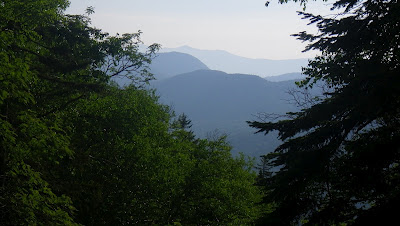 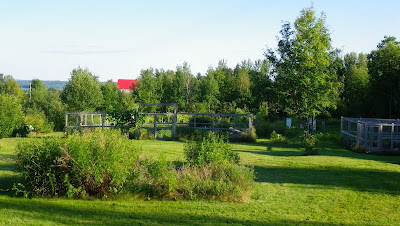 George and Barb and Shaun 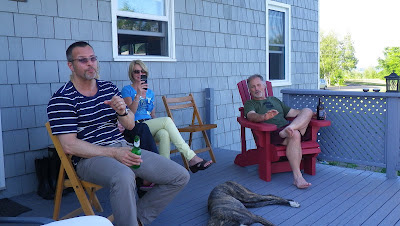 Don, Conner, Me, and Shaun 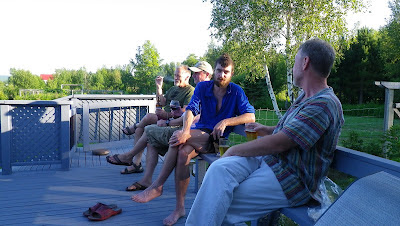 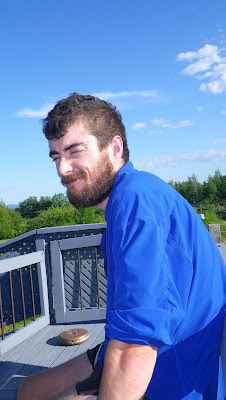 I always knew it! 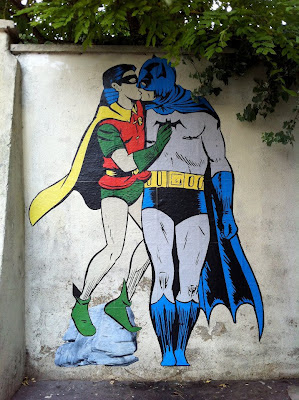