Hey guys! Hope you are all having a good weekend! After days and days of rain, the sun has finally poked through the clouds and it's quite mild - like +10 C. The snow is melting, but there is still a lot of it left to go! I have some windows open for the first time in a long time and I bought some tulips, so it's starting to feel a smidgeon like spring!

My sister and brother-in-law fly back to KSA (Saudi Arabia) today. They've been in Canada for a few weeks and it was good to see my sister. My bro-in-law was only in Ontario and I didn't get to see him. Today was supposed to be the "day of rage" in KSA, but it didn't amount to much. Hopefully, things will remain stable there.

Am going down to see mom tomorrow and get her stocked back up on her favourites. She was been basically pretty good lately with just her usualy complaints of arthritis.

Here's some more pics of Key West and Miami. We're still wishing we were back there. The other day Brad was pinning for the beach to run on rather than icy, slushy sidewalks! Oh, I just about forgot! We definitely could have gone back for another week or so had I had one more number in the lotto the other night! I was one number away from winning $35,000! As it turned out, I ended up with $700, so I'm not really complaining, but the 35 grand would have been much nicer!


One of the hosts on our Sunset Cruise in Key West. I don't think she had one ounce of body fat! 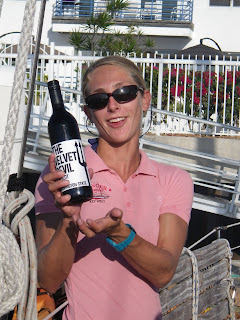 Our captain, Mike I think his name was. He didn't have a lot of body fat either! 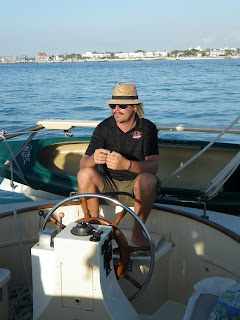 Some of the wine on offer 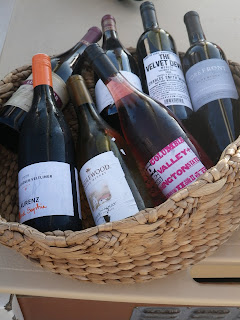 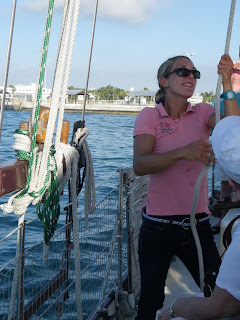 The sun is setting 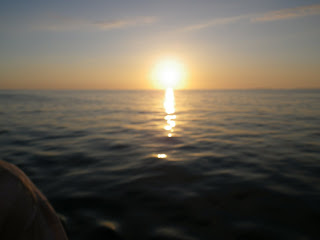 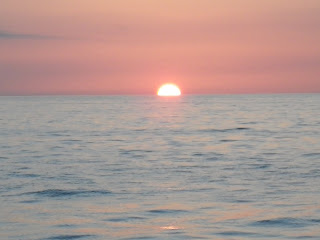 A place we stopped for lunch on our drive back to Miami - On Isla Morada, I think 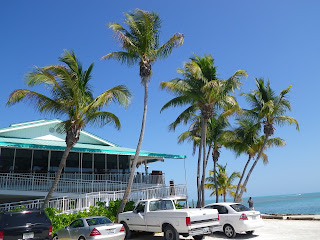 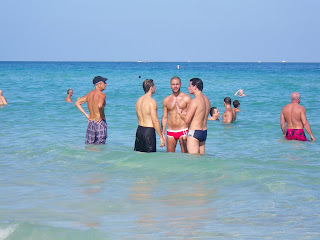 Probably the best beach I have been on to date. Beautiful water, great for swimming (and taking in the sights!) 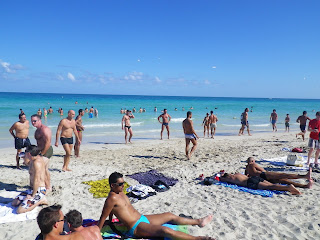 The large white tents in the backgound is where the SoBe Food and Wine Festival was held. We went on Sunday and had a blast! 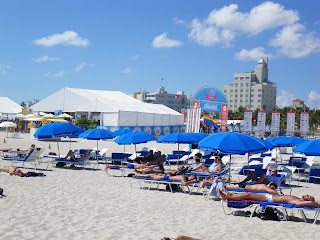 The rest are pretty much self-explanatory... Unfortunately for our straight male friends, the day that all the curvy gals were on the beach, we forgot our camera! Sorry guys! 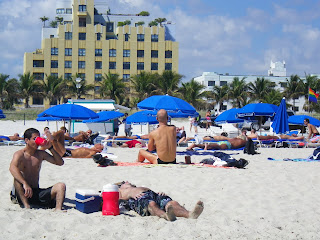 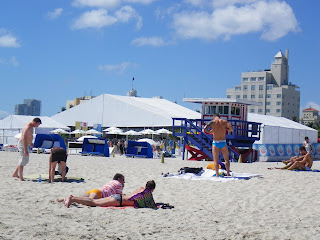 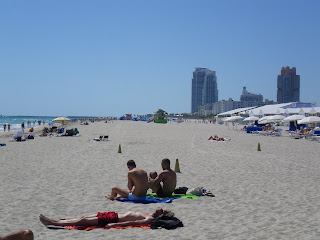 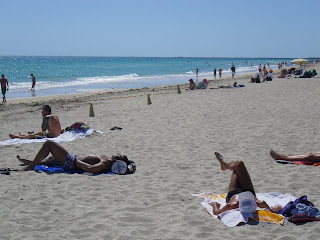 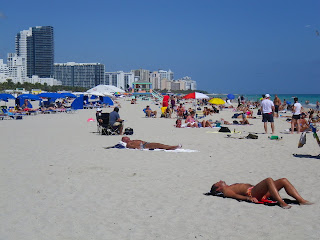 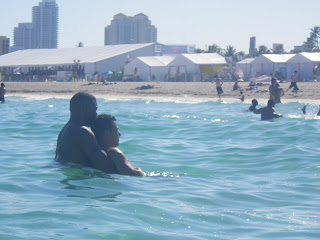 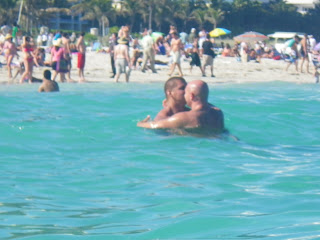 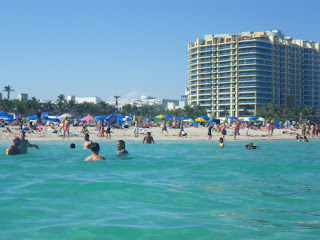 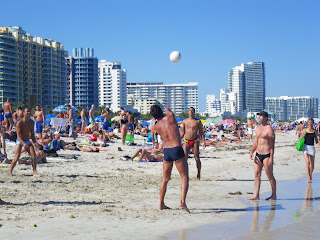 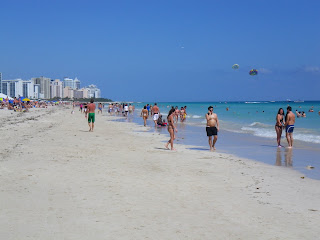 Oh the life of a male model!

The sister ship of the one that we took the Sunset Wine Cruise on (Danger Cruises). Highly recommended! 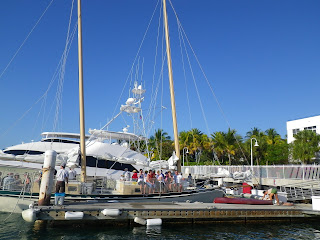 Brad - sittin' on the dock of the bay 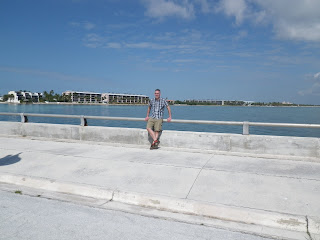 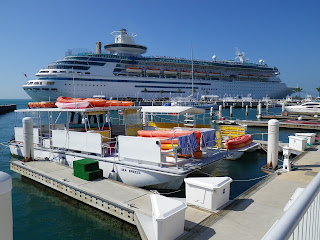 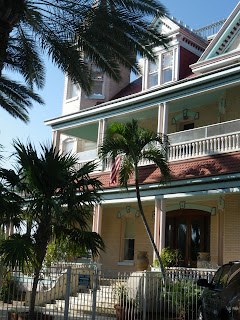 A building down by the Old Dock 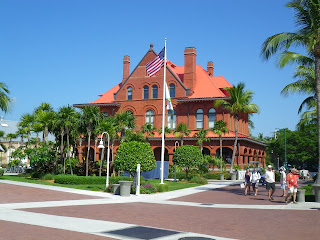 Hi gang! We made it back from sunny and hot southern Florida early Wednesday morning (2:30 a.m.) after a 2-hour delay with our flight home from Toronto. We had an amazing time and the weather was sunny and warm each and every day - just what the doctor ordered! We landed in Miami just before 2:00 p.m. and we were on our way to Key West by 2:30 after picking up our rental car a few miles from the airport. It took us about 3 and a half hours to reach Key West and we arrived just after 6:00 p.m. How wonderful it is to leave winter far behind and stroll around in shorts and sandals and a light shirt where everything is green and blossoming! We thoroughly enjoyed the four days we spent in Key West and we met some friendly locals (who pointed us to a terrific restaurant) and some fellow travellers. We encountered a lot of other Canadians - I think the strong Canadian dollar is tempting an increasing number of us to head for warmer climes. In any case, here are a few pics to get started and I'll be posting more in the days ahead:

The pool area where we were staying. Most days, especially in the morning, we had it totally to ourselves 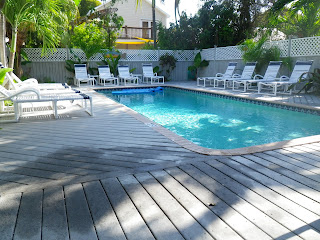 Our private patio just outside our room complete with hot tub, which we never used - I'm not big on hot tubs, having got jock itch from one many, many years ago 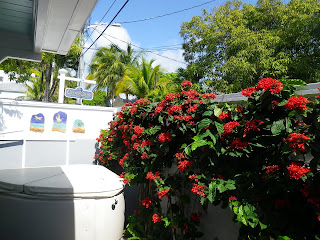 Our room - viewed from above. It was large and spacious and had a kitchenette 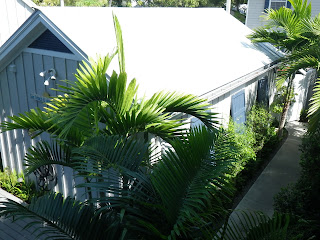 Down by the port where all the cruise ships dock 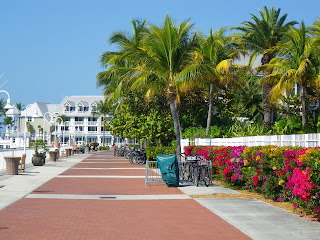 Yours truly with a cruise ship behind - they are really massive! 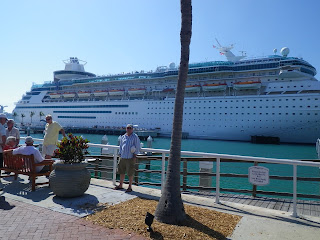