Hey all... We returned from France on Sunday (got back very early Sunday morning, as in 2:00 a.m.) We had an amazing time across the pond. Paris is a delighful and very chic city and probably tops my list of favourite cities right now. We spent 4 nights there before heading to Bordeaux for 2 nights, then Sarlat in the Dordogne region for 3 nights, and lastly in Provence for 4 nights. We went with Brad's sister and brother-in-law. I'll be telling you all about it in the days ahead, but here are a few pics to get started:

View from the Eiffel Tower. We climbed up and down all the stairs to the second level (as high as you can go on foot, which is the equivalent of a 41-storey building). We went in the morning. Apparently the same day we were there, in the afternoon, they evacuated the Tower because of a terror threat. We knew nothing about that while we were in France. 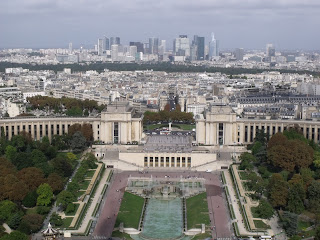 Brad's sis with a cute waiter from the restaurant just below the apartment we rented in Paris. He was a great guy and was actually the person who took us to the apartment and gave us the key. We ate at that restaurant the first night because we were too tired to go any farther, and it was so close and he was so cute! He's Italian, not French, and we never did get his name - next time! 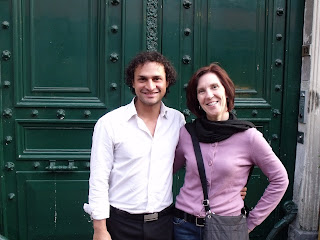 Along the embankment of the Seine. 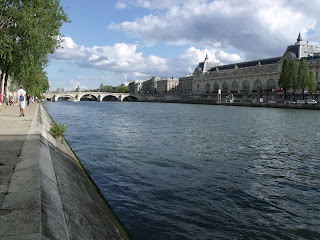 Usually, I'm not nearly as grumpy as I look! 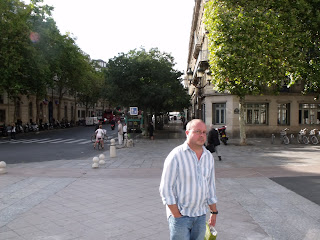 One of the main squares in Paris 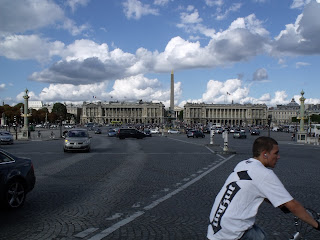